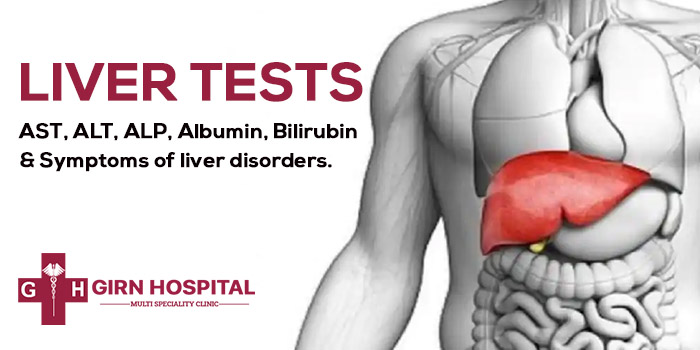 Liver Tests – AST, ALT, ALP, Albumin, Bilirubin & Symptoms of liver disorders, When the health of your liver is to be evaluated keeping into consideration the level of the proteins and the enzymes and the availability of the bilirubin in the blood, then liver doctors in Punjab perform some liver tests. For that, you need to visit the liver hospital in Ludhiana which carries out the outpatient procedures to serve the purpose.

In which situations, the liver tests are taken up?

Liver tests are taken up if the doctor:

Which are the customary tests which are taken into account to check the functioning of the Liver?

For the breakdown of the proteins to get the energy, ALT which is an acronym for Alanine Transaminase is responsible. If somehow your liver is not functioning appropriately, then the ALT levels are supposed to get transfused in the blood which is not at all suggestive phenomena.

So to check, if such a thing is going on in the body ALT Tests are taken into account.

This is collectively found in the heart, liver and muscles. As the ALT levels get transfused in the blood if the liver isn’t functioning properly, the AST levels also behave in the same way.

An alkaline Phosphatase test is considered if the patient is having the symptoms of any of the following:

The preliminary protein generated by the liver is accountable for carrying out the much-needed functions such as:

Preventing the blood vessels to suffer from the fluid leakage

Nourishment of the liver tissues

To provide the organs of the body with the necessary hormones, vitamins and other required substances.

When red blood cells are fragmented, then a waste product comes into origin in the form of Bilirubin. It is usually excreted from the body in the form of stools. But before making its way to the digestive system, it goes into the liver where it gets processed. If the liver is hurt, then it could not efficiently handle this level. So this test is taken up to check whether the bilirubin is being rightly processed in the body or not.

What are the indications of the damaged or malfunctioning liver?

Following are the symptoms of the malfunctioning liver: