Two general types of surgery can be used for pancreatic cancer: 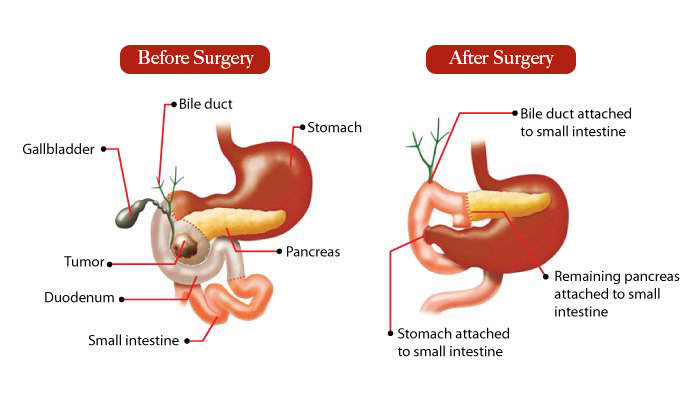 This is the most common operation to remove a cancer in the head of the pancreas.

A Whipple procedure is a very complex operation that requires a surgeon with a lot of skill and experience. And in our centre, we have less than 1% risk from the procedure. To have the best outcome, it’s important to be treated by a surgeon who does many of these operations and to have the surgery at a hospital where many of them are done.

Still, even under the best circumstances, many patients have complications from the surgery. These can include: 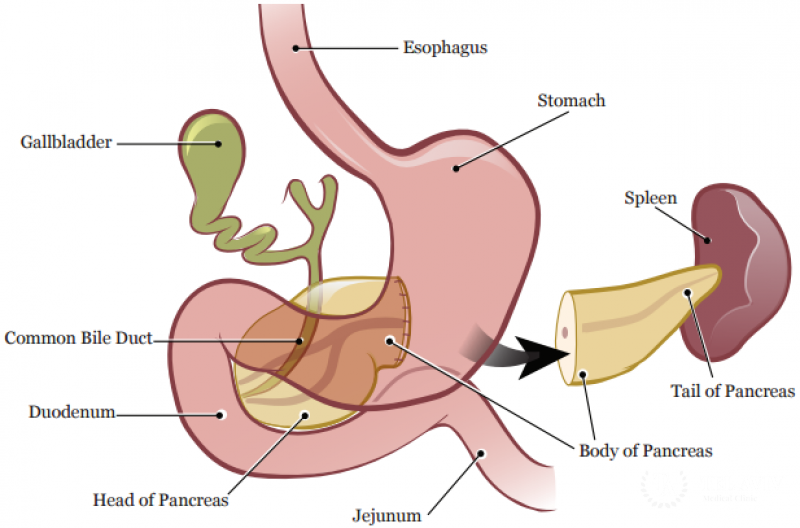 In this operation, the surgeon removes only the tail of the pancreas or the tail and a portion of the body of the pancreas. The spleen is usually removed as well. The spleen helps the body fight infections, so if it’s removed you’ll be at increased risk of infection with certain bacteria. To help with this, doctors recommend that patients get certain vaccines before this surgery. +

This surgery is used to treat cancers found in the tail and body of the pancreas. Unfortunately, many of these tumours have usually already spread by the time they are found and surgery is not always an option.

This operation removes the entire pancreas, as well as the gallbladder, part of the stomach and small intestine, and the spleen. This surgery might be an option if the cancer has spread throughout the pancreas but can still be removed. But this type
of surgery is used less often than the other operations because there doesn’t seem to be a major advantage in removing the whole pancreas, and it can have major side effects.

It’s possible to live without a pancreas. But when the entire pancreas is removed, people are left without the cells that make insulin and other hormones that help maintain safe blood sugar levels. These people develop diabetes, which can be hard to manage because they are totally dependent on insulin shots. People who have had this surgery also need to take pancreatic enzyme pills to help them digest certain foods.

Before you have this operation, your doctor will recommend that you get certain vaccines because the spleen will be removed.