Liver resection in Cirrhotic liver Treatment in Ludhiana, Punjab, We provided private bedded facilities. Not only this but we are recognized for setting up dedicated liver services. 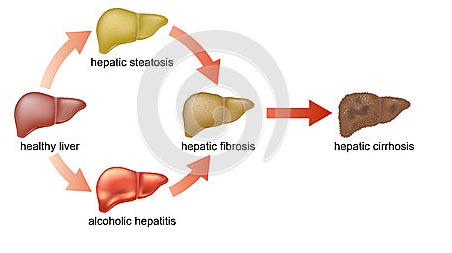 Why do we end up doing a lot more complex resections than we would like to?
Nearly 90% of the resection caseload in SPS Hospital is direct patient to patient referral and most of these patients have been deemed non-operable at other centres and local treating teams. This convinces us to carry out quintessentially complex resections.

How much portion of the liver can be successfully removed?

Up to 70% of the liver can be safely removed. The liver treatment plan is always individualised since the medical condition of each patient varies. Feasibility of volume of the liver to be removed should be matched and balanced to the indication for the:

What is complete hepatectomy?

Complete hepatectomy means removing the whole liver. This is done as part of the recipient operation in liver transplantation when the whole cirrhotic liver is removed before a healthy liver is put in.

What is partial hepatectomy?

Removing a part of the liver is known as partial hepatectomy which is usually done for the following:

What should you know about the anatomy of the liver?

The liver has an inflow and outflow from the veins of the liver so blood can go back to the heart and bile collecting system. The majority of the blood from the intestines is the channel of transport of blood is called the portal vein which is a major source of blood to the liver. The halves of the liver are known as the segments. Each segment is an autonomous functional unit in the liver and can be removed independently or in combination with the other.

When the individual or groups of any 2 segments are removed together, then it is termed as the segmentectomy.

Which is the most complex of all the resections?

Usually, all the resections are complex, but more complex reactions involve removing one whole half in combination with the adjoining segment or section of the remnant lobe of the liver and term extended or tri sectionectomy or extended resection is used.

Which technique is used to carry out the liver resections?

All liver reactions can be done via an open technique which remains the gold standard, laparoscopically or robotically.

What is a hybrid technique?

This technique involves both the keyhole technique and the open surgery wherein initial mobilization of liver and hilar dissection is done keyhole and at some point converted to open to minimize the incision.